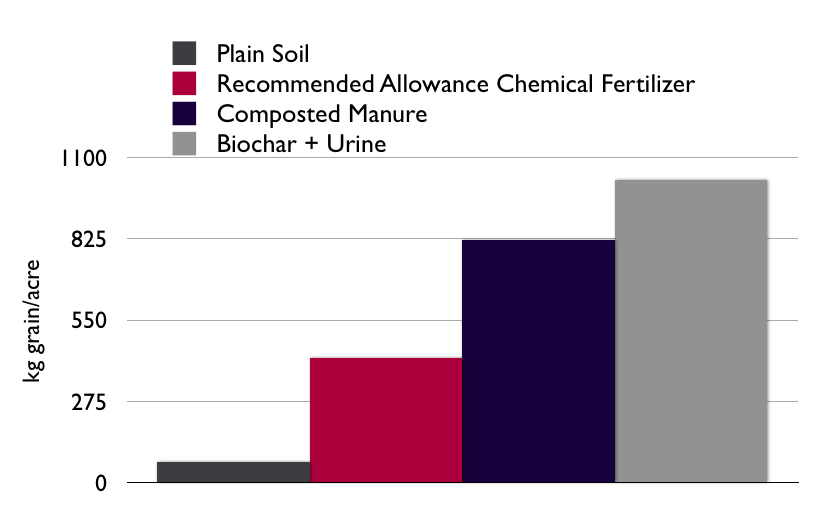 The Re:Char team did a nice job synthesizing the results of the second test year on their plots in Bungoma County, Western Kenya.
http://www.re-char.com/2013/01/24/the-longterm-impact-of-biochar-in-soil...

All test plots are managed by local Kenyan farmers according to local customs and all plots have similar light and rainfall. The study is not scientific or peer reviewed, but it's a good on the ground demonstration of actual farming techniques practiced in that area of Kenya, and can be considered a practical model of biochar inputs.

In this part of Kenya, some farmers use chemical fertilizer, which helps the crops grow, but not as much as manure. However, the cows in this part of the world tend to be open grazed, and it's difficult and time consuming to clean up the manure.

Some farmers use sterilized urine in this part of the world, so the Re:Char team tested using that in combination with biochar, and got great results.
Additionally, it looks like the positive effect with the urine + biochar group lasts after the first year, even with no additional biochar added to the soil. So there may be some lasting benefit to adding biochar to the soils in farms similar to the test farm.