CHARCOAL (how to make charcoal in a drum)

he author, Gary Gilmore, explains how he designed a charcoal retort from steel drums. This is a smoke free design also the flare could be put to use.

First make the retort by adding air holes to the bottom of a steel drum.
Then make the afterburner by turning another steel drum into a tube.

Then start loading the wood (no more than 20% moisture) tightly packed into the retort. (This contains a great description of wood as nature's battery).

Once you have the wood packed in the retort, build a small fire on the top. (There is a nice description of a top lit retort system). Once the small top fire has caught, ad the afterburner (the tube) to the top of the retort.

Gary Gilmore How to Make Charcoal

Integrated Strategies for Statewide Food and Energy Crop Production
THE SENATE, S.B. NO. 890 TWENTY-FOURTH LEGISLATURE, 2007 S.D. 1 STATE OF HAWAII
Description:
Appropriates funds for the center for conservation research and training at UH to develop best practices consistent with comprehensive agricultural management strategies to facilitate sustainable production of crops through long-term enhancement of soil quality using ecologically responsible means. Implements a pilot project demonstrating integrated strategies to enhance soil fertility for the production of clean energy feedstocks (agricultural crops used as the raw materials for biofuels or biomass-to-electricity production) and food crops. Establishes mechanisms by which stakeholders can work collaboratively in the development of best practices and to educate the public about sustainable agriculture issues faced by the state. (SD1) 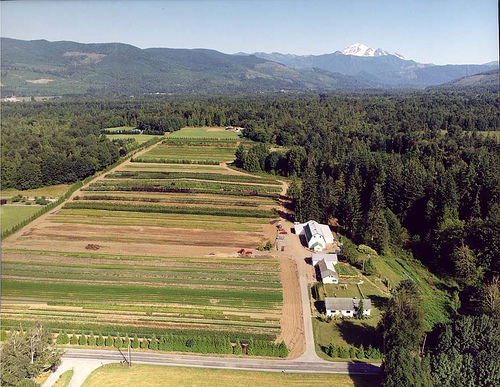 Select image to enlarge
This is an image of our charcoal as soil additive study at our nursery. Shown is one of our test subjects a local native shrub that we propagate and sell for riparian restoration projects. Black Twinberry, Lonicera involucrata. This plant was a 2 year old seedling, bareroot harvested and stems clipped to 6 inches before planting in the test bed 7 weeks ago.

and our set of images on the 4CN charcoal project

Question by Sean Barry:
RH ". . .Learning about potential for enrichment culture of Azotobacter and trying to measure available nitrogen in this situation."

Here you mention promoting the growth of nitrogen fixing Azotobacter. I have always been interested in the possibility of inoculating charcoal with mycorrhizal fungi.

Do you think it might be possible that you could isolate, culture, and propogate enough of both types of microorganism species from the soil in your area, then enrich or inoculate charcoal with it, and put that charcoal into plant growth trials? I have seen some FDA ARS (Agricultural Research Service) documentation about developed and patented methods to do this (propogate soil fungi) kind of thing. The charcoal you have on the forest floor with the litter (I believe I've seen this picture); is it incorporated into the soil containing the fungus? Or just on top with the litter? Are there any plants growing in it? Are there also Azotobacter in that soil (along with the mycorrhizal fungi) ?

New bill in U.S. Senate will advocate adoption of "agrichar" method that could lessen our dependence on fossil fuel and help avert global warming

Successful Burn: Making charcoal at 4CN for our experimental study.

Currently (January 2007) we conduct experiments to evaluate the effects of bio-char on nutrient adsorption, nutrient leaching, water percolation, soil water availability and carbon cycling as well as the stability and mobility of bio-char itself with research in our Ithaca lab, in Colombia, Brazil, Zambia and Kenya.